“Simplicity is the glory of expression.” ~Walt Whitman

We heard fireworks last night disturb the distance. At first I thought our grandchildren were having a late night soirée because our daughter had texted earlier to tell us they stopped by one of the numerous temporary stands to buy enough sparklers, Roman candles, and assorted noise makers to mark well the Birthday of our nation. When I looked at the time on my phone, I realized it was far too late for them to be outside disturbing the peace. I listened closely and recognized the sounds were reaching us from a decent span away. I decided to step outside anyway to see if any light displays accompanied the staccato blasts. I walked slowly up our circular drive and along the wooden fence that divides our place from the horse pasture to the south of us. Intent on determining proximity of the fireworks, I almost missed seeing the flash of light over my shoulder. The bright yellow blink was followed by another and still another, nudging me to turn around in the effort to discover their origin. I ended up witnessing a grand display of fireflies chasing one another with strobelike effect; however, much more was taking place than met my uninitiated eye.

According to the Smithsonian Institute, fireflies have short lifespans. An adult firefly lives only long enough to mate and lay eggs—the larvae usually live for approximately one year, from mating season to mating season, before becoming adults and giving birth to the next generation. They are winged beetles, commonly called fireflies, lightning bugs, or glow worms for obvious reasons. What may not be quite so obvious is the underlying purpose for their conspicuous bioluminescence during twilight. Fireflies emit light mostly to attract mates, although they also communicate for other reasons as well, such as to defend territory and warn predators away. In some firefly species, only one sex lights up. In most, however, both sexes glow; often the male will fly, while females will wait in trees, shrubs and grasses to spot an attractive male. If she finds one, she’ll signal it with a flash of her own. In some places at some times, fireflies synchronize their flashing. What appears as intermittent illumination is actually drama on a grand scale.

I frequently pursue the distant darkened rumble at the expense of enjoying spectacular bursts closer at hand. We are wired to crave the spectacular; theatrics trump commonplace for most of us. We prefer the stage or silver screen to the backyard. I can remember as a child expecting to hear symphonic scores trolling as I went through the motions of adolescence. There is glory in the ordinary if we will pull ourselves from distant thunder and recognize what lies closest at hand. A grandchild’s grin, your spouse’s touch, the laughter of a friend, a moment to sit and reflect on the gift each breath brings–these are the currents of splendor waiting to be embraced and cherished. Glory abounds for those intent on finding it. Will I chase after fireworks or treasure fireflies? 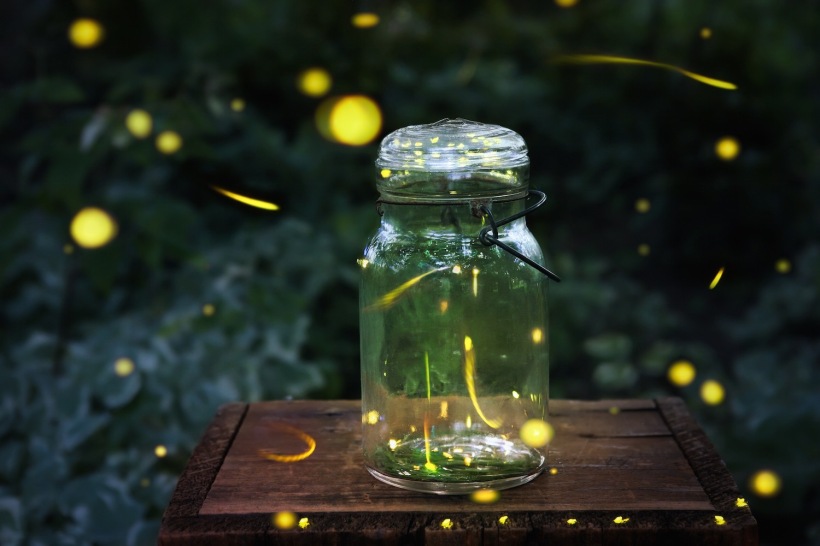 (Photo from the Natural History Museum of Utah)