It is a source of inspiration and strength to come in touch with the youthful David, trusting God. Through faith in God he conquered a lion and a bear, and afterwards overthrew the mighty Goliath. When that lion came to despoil that flock, it came as a wondrous opportunity to David. If he had failed or faltered he would have missed God’s opportunity for him and probably would never have come to be God’s chosen king of Israel.

“And there came a lion.” One would not think that a lion was a special blessing from God; one would think that only an occasion of alarm. The lion was God’s opportunity in disguise. Every difficulty that presents itself to us, if we receive it in the right way, is God’s opportunity. Every temptation that comes is God’s opportunity. When the “lion” comes, recognize it as God’s opportunity no matter how rough the exterior. The very tabernacle of God was covered with badgers’ skins and goats’ hair; one would not think there would be any glory there. The Shekinah of God was manifest under that kind of covering. May God open our eyes to see Him, whether in temptations, trials, dangers, or misfortunes. (Streams in the Desert)

An unexpected message on the Interstate reminded that much of life is a matter of perspective. One of the last occupations on earth I would tackle is that of driving a truck for a living. I’m not casting dispersion on truck drivers; instead, I am confessing I would fail miserably behind the wheel of a tractor trailer rig. I get nervous pulling a trailer behind anything, especially when required to go in reverse, so to do so daily on crowded highways would rank a close second to being stuck in an elevator—one of my primary fears. The last thing I would think of while driving an eighteen wheeler would be helping anyone else. Imagine my surprise when a truck changed lanes in front of me on which the owner had posted on its trailer in large letters: “If You Need a Prayer You Can Call Me,” with his phone number printed below. I couldn’t get around him, but I wanted to see if the driver was on his phone, interceding at that moment for some burdened driver who took him up on his offer. Hopefully he prays with his eyes open, but I admire his perspective.

When the lion comes, and it will, how will I view it? Will I question God’s goodness? Will I whine and miss what God is orchestrating on my behalf, or will I detect divine opportunity to serve Christ better and know Him more intimately? Like it or not, the instant I encounter difficulty of any kind becomes a test of my relationship with God. 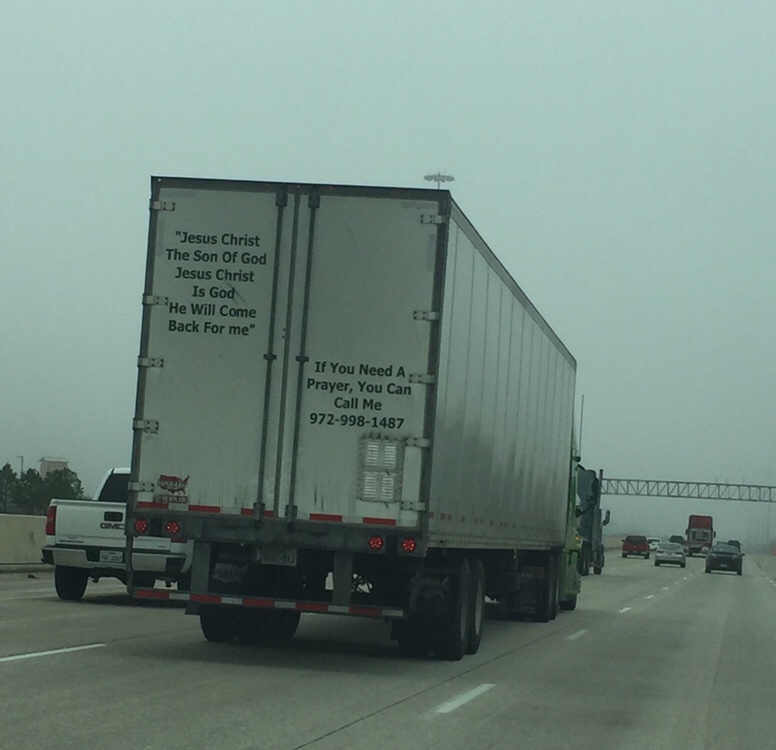